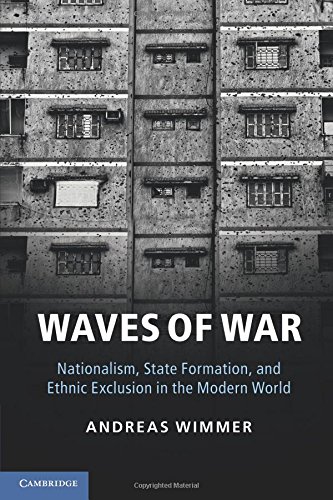 Why did the nation-state emerge and proliferate across the globe? How is this process related to the wars fought in the modern era? Analyzing datasets that cover the entire world over long stretches of time, Andreas Wimmer focuses on changing configurations of power and legitimacy to answer these questions. The nationalist ideal of self-rule gradually diffused over the world and delegitimized empire after empire. Nationalists created nation-states wherever the power configuration favored them, often at the end of prolonged wars of secession. The elites of many of these new states were institutionally too weak for nation-building and favored their own ethnic communities. Ethnic rebels challenged such exclusionary power structures in violation of the principles of self-rule, and neighboring governments sometimes intervened into these struggles over the state. ‘Waves of War’ demonstrates why nation-state formation and ethnic politics are crucial to understand the civil and international wars of the past 200 years.
https://images-na.ssl-images-amazon.com/images/I/51bH70-SA3L.jpg 500 333 admin https://gonextbook.com/wp-content/uploads/2020/09/GoNextBookLogo.png admin2020-09-30 11:25:052021-01-08 21:55:06Waves of War: Nationalism, State Formation, and Ethnic Exclusion in the Modern World (Cambridge Studies in Comparative Politics)

Nested Nationalism: Making and Unmaking Nations in the Soviet Caucasus

Visions of Sovereignty: Nationalism and Accommodation in Multinational Democracies (National and Ethnic Conflict in the 21st Century)

The National Question: Nationalism, Ethnic Conflict, and Self-Determination in the Twentieth Century

The Dead Are Arising: The Life of Malcolm X

All the Ugly and Wonderful Things: A Novel