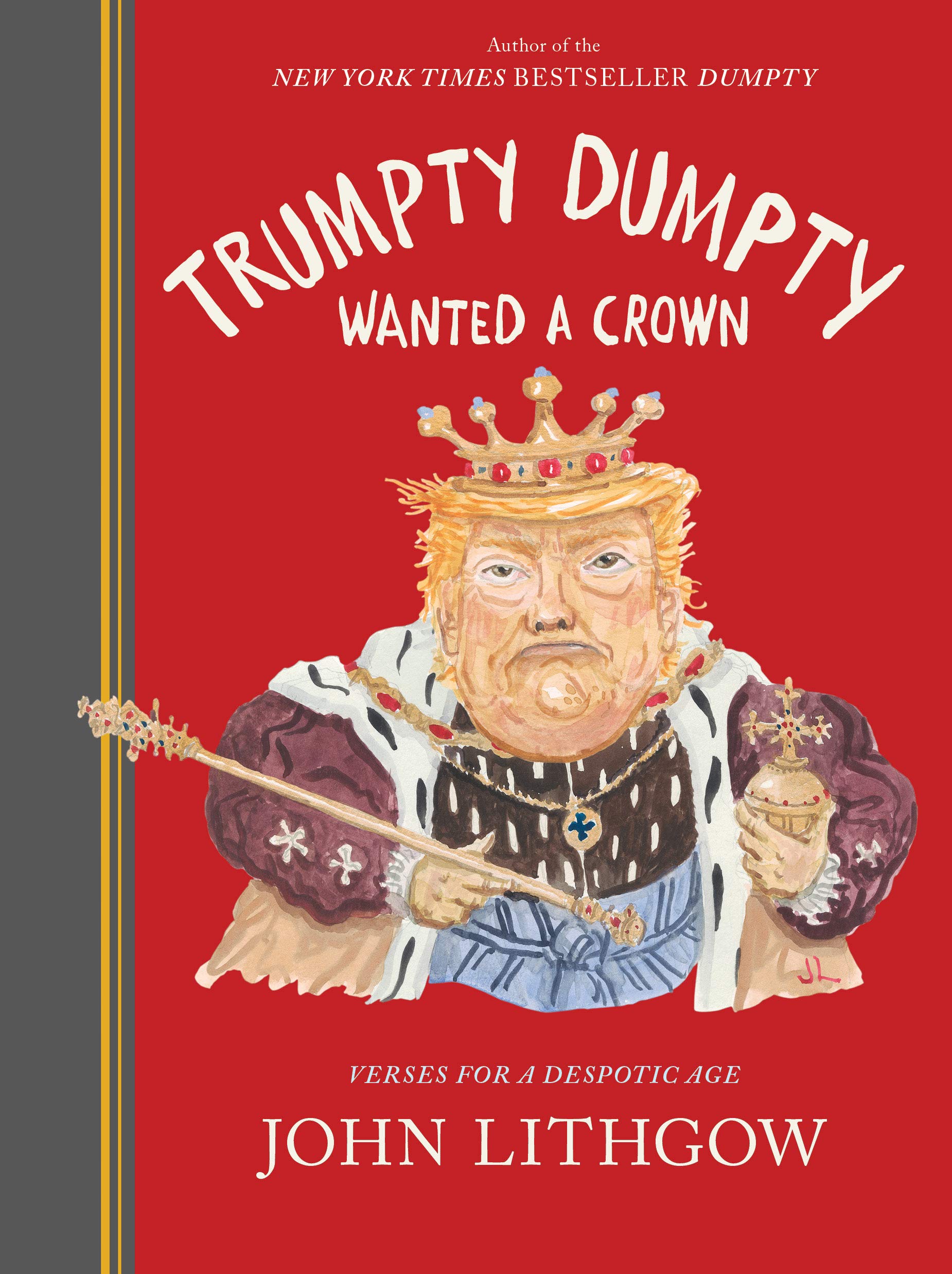 Trumpty Dumpty Wanted a Crown is darker and more hard-hitting than ever. Lithgow writes and draws with wit and fury as he takes readers through another year of the shocking events involving Trump and his administration. His uproarious poems and illustrations encompass Trump’s impeachment, the COVID-19 pandemic, the Black Lives Matter protests, and much more. Lithgow targets Mitch McConnell, Mike Pompeo, Bill Barr, Jared Kushner, Elaine Chao, and many others, but also includes a few heroes of the moment, including Anthony Fauci, Nancy Pelosi, Adam Schiff, and even Barack Obama.

The book arrives at a time when it’s needed most. With all-new poems and never-before-seen line drawings, Lithgow will once again make readers laugh and pause to remember some of the most defining moments in recent history—skewering the reign of King Dumpty one stanza at a time.

JOHN LITHGOW is a prolific actor with two Tonys, six Emmys, two Golden Globes, and two Oscar nominations. He has starred in the hit TV series 3rd Rock from the Sun, Dexter, and The Crown, and in critically acclaimed films such as The World According to Garp, Terms of Endearment, Bombshell, and Late Night. He will also act in the forthcoming HBO series Perry Mason and the FX drama series The Old Man. Lithgow has appeared on Broadway twenty-five times and in England with both the Royal Shakespeare Company and the National Theatre. In addition to the New York Times bestseller Dumpty, he has written nine children’s picture books, and his recordings for kids have landed him four Grammy nominations. (Photo Credit: Robert Zuckerman)

Trumpty Dumpty Wanted a Crown: Verses for a Despotic Age

Jewish Humor: What the Best Jewish Jokes Say About the Jews

So Absurd It Must Be True: The collection of surreal humor, mystery, and satire (Unique and Absurd Book 2)