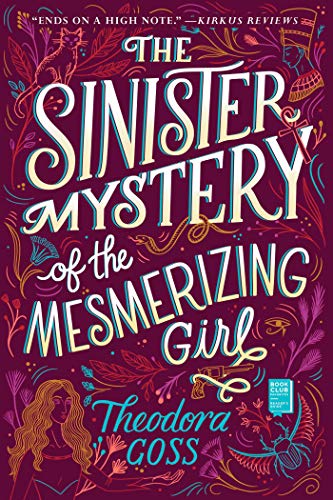 Mary Jekyll and the Athena Club foil a plot to unseat the Queen and race to save one of their own in this electrifying conclusion to the Locus Award winning trilogy that began with The Strange Case of the Alchemist’s Daughter.

Life’s always an adventure for the Athena Club…especially when one of their own has been kidnapped! After their thrilling European escapades rescuing Lucina van Helsing, Mary Jekyll, and her friends return home to discover that their friend and kitchen maid Alice has vanished—and so has their friend and employer Sherlock Holmes!

As they race to find Alice and bring her home safely, they discover that Alice and Sherlock’s kidnapping are only one small part of a plot that threatens Queen Victoria, and the very future of the British Empire. Can Mary, Diana, Beatrice, Catherine, and Justine save their friends—and the Empire?

In the final volume of the trilogy that Publishers Weekly called “a tour de force of reclaiming the narrative, executed with impressive wit and insight” in a starred review, the women of the Athena Club will embrace their monstrous pasts to create their own destinies.

Abe: Abraham Lincoln in His Times

The Man Who Ran Washington: The Life and Times of James A. Baker III

Where Do People Go When They Die?

HBR’s 10 Must Reads on Entrepreneurship and Startups (featuring Bonus...