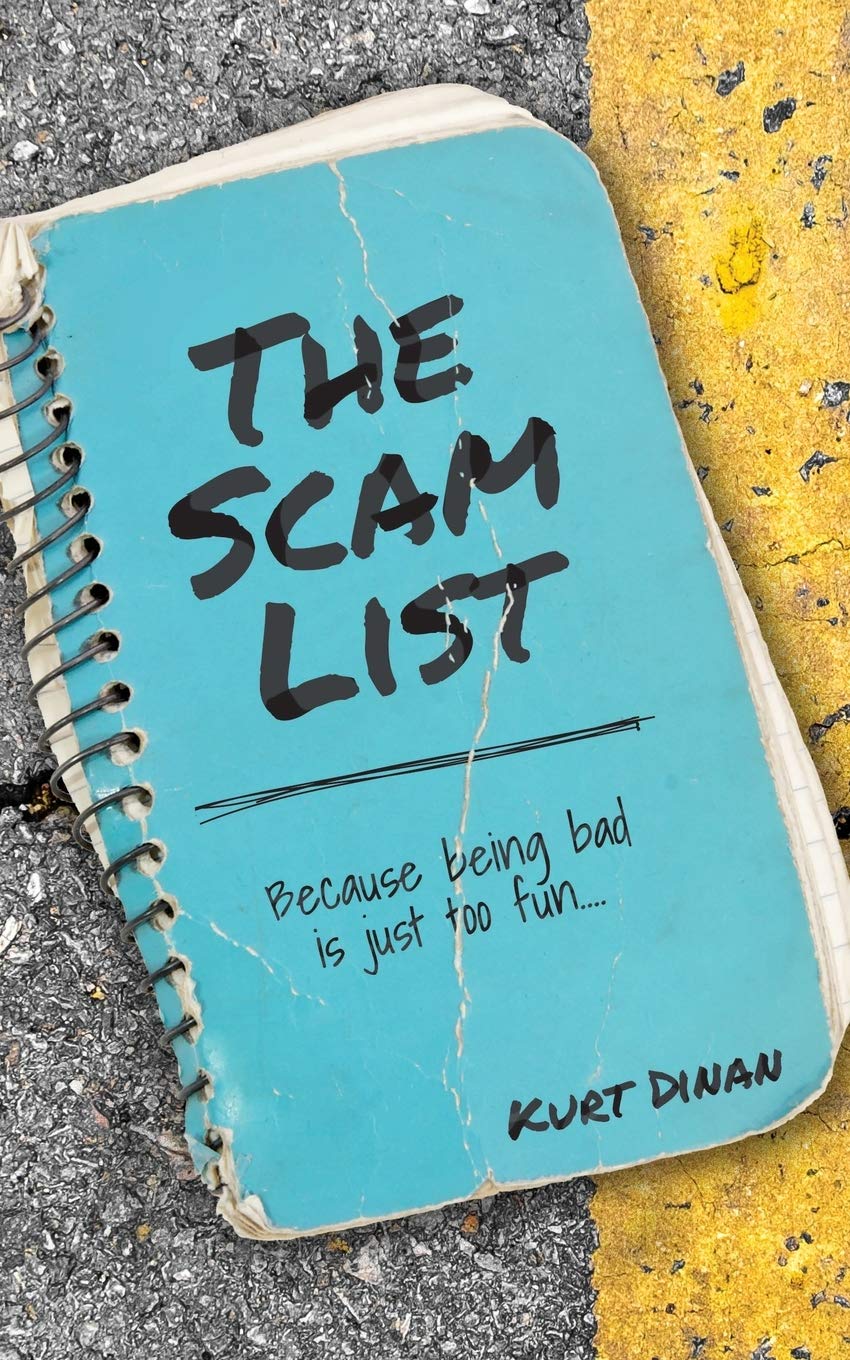 From the Teens’ Top Ten Award-winning author of DON’T GET CAUGHT comes a hilarious novel that’ll have you rooting for the bad guys.

Could life get any worse for Boone McReedy?

He sure doesn’t think so, considering his conman dad’s in prison, he works all day inside a massive fiberglass dinosaur, and his ex has ghosted him. But now to make matters much ,much worse, Boone’s been scammed out of the $15,000 that was his mom’s only hope of keeping her failing flea market alive.

Now, to set things right, Boone’s forced to team up with the straight-shooting, ass-kicking Darby West, who also just happens to be his ex-girlfriend. Darby’s the only one who can help him save the family business and clear his name. That is if she doesn’t kill him first.

Together, they’ll use Boone’s extensive knowledge of cons and scams including The Moneybox Bamboozle, The Raffle Ruse, The Phone Fleece, and one epic Kansas City Shuffle. Of course, they’re only going to scam people who deserve it.

Because they’re the good guys.

Would they lie to you?

As he did in his award-winning debut, DON’T GET CAUGHT, Kurt Dinan brings laughs, twists, and heart to THE SCAM LISTS’ funny world of teen con artists, bantering exes, and outrageous five-dollar bets.

Perfect for those looking for:

By the Book: A novel of Pros and Cons

It Was Always You (Ridgewater High Romance)

Just as Long as We’re Together