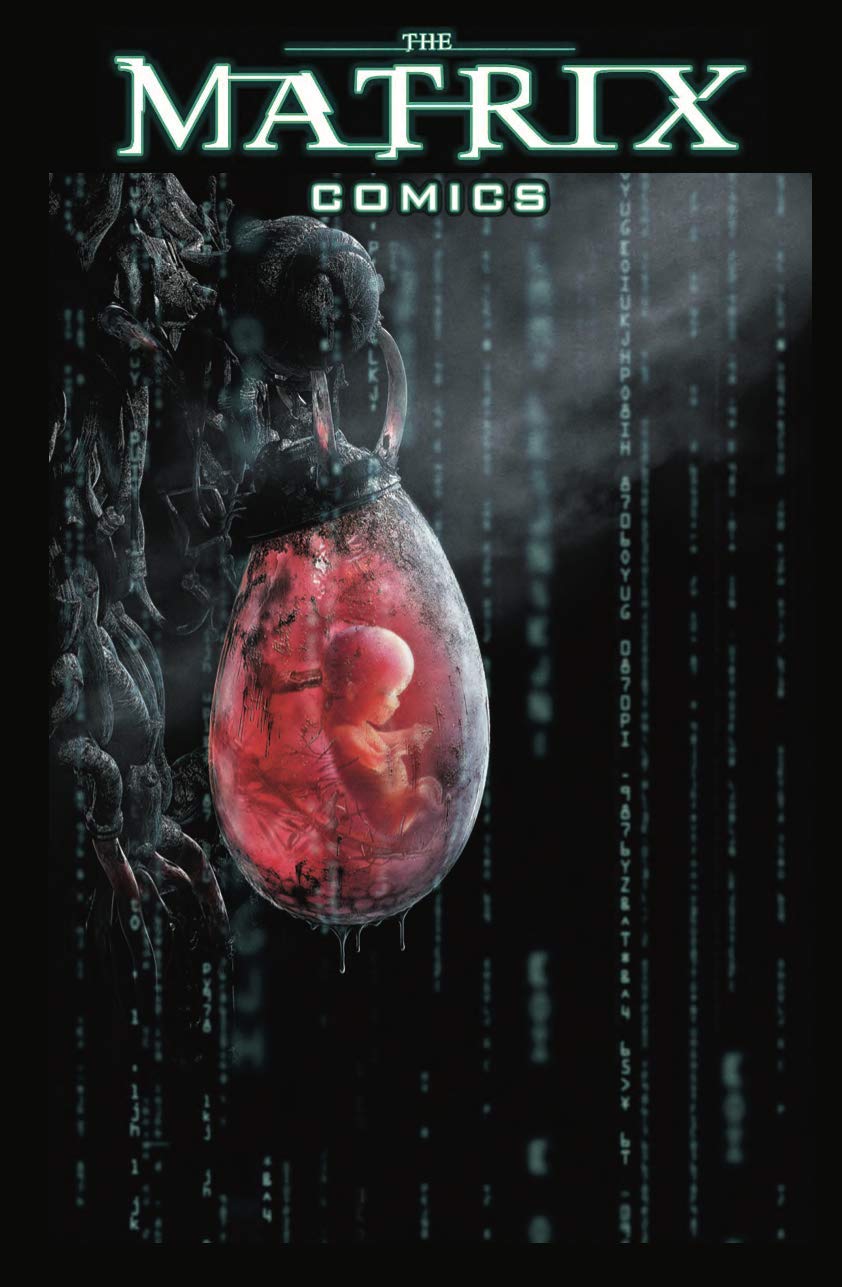 28 stories set in the world of the Matrix, with nearly 100 pages of never before published material, including four new to print stories. These stories began releasing in the lead up to the release of the original film, back in 1999, entirely online. Right from the beginning, they featured the work of comic book luminaries, including Neil Gaiman, Geof Darrow, Dave Gibbons, Bill Seinkiewicz, and many more. This volume is the first hardcover. From the Introduction by Spencer Lamm:

This book was never supposed to exist. When we started commissioning these stories set in the world of The Matrix, they were released exclusively online at TheMatrix.com. Eventually, four years after our original online launch, we released two paperback collections. Still, we didn’t publish everything. This updated and expanded 20th anniversary edition of The Matrix Comics presents twenty-eight stories, including four new to print, by a roster of talent who have collectively won every award given out for comics many times over — creators who have consistently redefined what comics can be.

The Odd 1s Out: How to Be Cool and Other Things I Definitely Learned from Growing Up

The Giver of Stars: A Novel