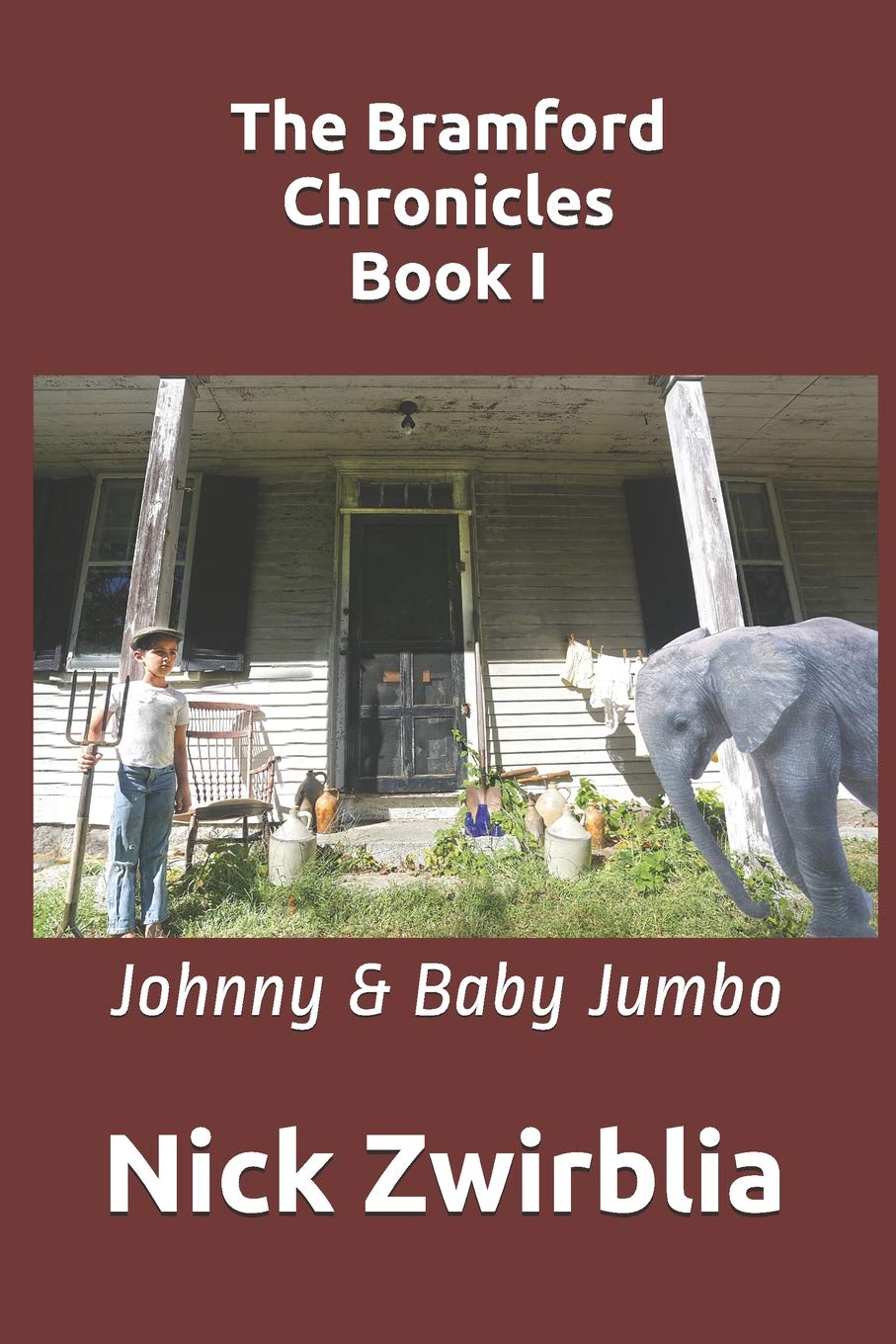 It is midnight: Memorial Day, 1933, in rural Vermont. Nine-year-old Johnny Edes is out looking for nightcrawlers with his terrier mix, Rocket, when he comes upon the burning wreckage of a Russian circus train. Following Rocket, and a piteous crying sound, into the flames, Johnny finds a baby elephant, by the side of her dead mother. Frantic, he drags the terrified calf to safety, then brings her back to his family’s farm, and hides her in the back barn. He lets his best friend PJ in on the secret but hides Miss Baby Jumbo, as he names her, from the rest of his family—his parents, his grandparents, his little sister Betty (Spud!)—for as long as he can. But eventually, he knows, the truth is going to have to come out. Johnny isn’t the only one, in Bramford, Vermont, or in the valley that surrounds it, hiding something: his father and grandfather have an illegal still as a sideline—that business abetted by the corrupt and jaded local tin horn, Constable Ernie Witcher; PJ’s father is an alcoholic, unable to support his family—and resistant to accepting Relief; Johnny’s, movie-obsessed and sexy, Aunt Veronica, a hostess in a hotel in nearby White River Junction, has reason to fear her (fourth) husband Fred’s periodic bouts of jealous rage; and Johnny’s mother—childhood dreams of escape to a more glamorous life faded and in tatters—is overwhelmed, taking care of everybody but herself. Turns out the new school teacher in Bramford’s one-room schoolhouse, Miss Mac(Intyre), has her own secrets, as well: With school out, she’s joined by a mysterious man from Boston—a Great War vet, originally from New York, a former part-owner of a speakeasy, now an accountant—who brings another nine-year-old with him: an orphaned African-American boy named Thad who will become Johnny and PJ’s blood brother. The first book in The Bramford Chronicles—which takes readers from the early 1930s to World War II—”Johnny & Baby Jumbo” introduces a complex and moving cast of characters who work to help each other survive the Great Depression, along with their own individual, overlapping, and intertwined trials and tribulations. For younger readers, “Johnny & Baby Jumbo” is important history, wrapped in a compelling story. For older readers, the book is a throwback to the time of their parents or grandparents: to the magic of Sawyer’s Crystal Bluing whitening a boiling cauldron of sheets; to the pungent scent of Fels-Naptha Soap, used to do everything from washing clothing, to getting out stains, to treating kids with poison ivy; to boys drawing patterns in the dirt to shoot marbles—while girls traced hopscotch grids in similar fashion. Sketching time and place in meticulous detail, the book offers readers—from nine to ninety—an empathetic lens through which they can come to better understand: poverty and resilience; love and violence; corruption and charity. It brings home the reality of what the 1930s were like, in rural Vermont and beyond, how women and children were treated, the racism and discrimination suffered by African-Americans, the plight of the Forgotten Men of the Great Depression, riding the rails.

She Had No Regrets: The Life of a Girl Who Knew Who She Was

Requiem For My Rave: The Story of Anabolic Frolic, Happy Hardcore, and Hullabaloo!