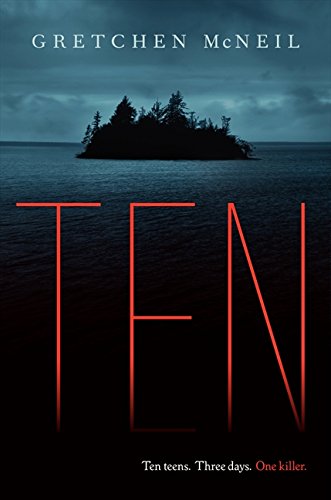 A smart and terrifying teen horror novel inspired by Agatha Christie’s And Then There Were None, from Get Even author Gretchen McNeil—now a Lifetime Original Movie!

It was supposed to be the weekend of their lives—an exclusive house party on Henry Island. Best friends Meg and Minnie are looking forward to two days of boys, booze, and fun-filled luxury. But what starts out as fun turns twisted after the discovery of a DVD with a sinister message: Vengeance is mine. And things only get worse from there.

With a storm raging outside, the teens are cut off from the outside world . . . so when a mysterious killer begins picking them off one by one, there’s no escape. As the deaths become more violent and the teens turn on one another, can Meg find the killer before more people die? Or is the killer closer to her than she could ever imagine?

Perfect for fans of Christopher Pike’s Chain Letter and Lois Duncan’s I Know What You Did Last Summer, Ten will keep readers on the edge of their seats until the very last page!

One of Us Is Lying

A Good Girl’s Guide to Murder