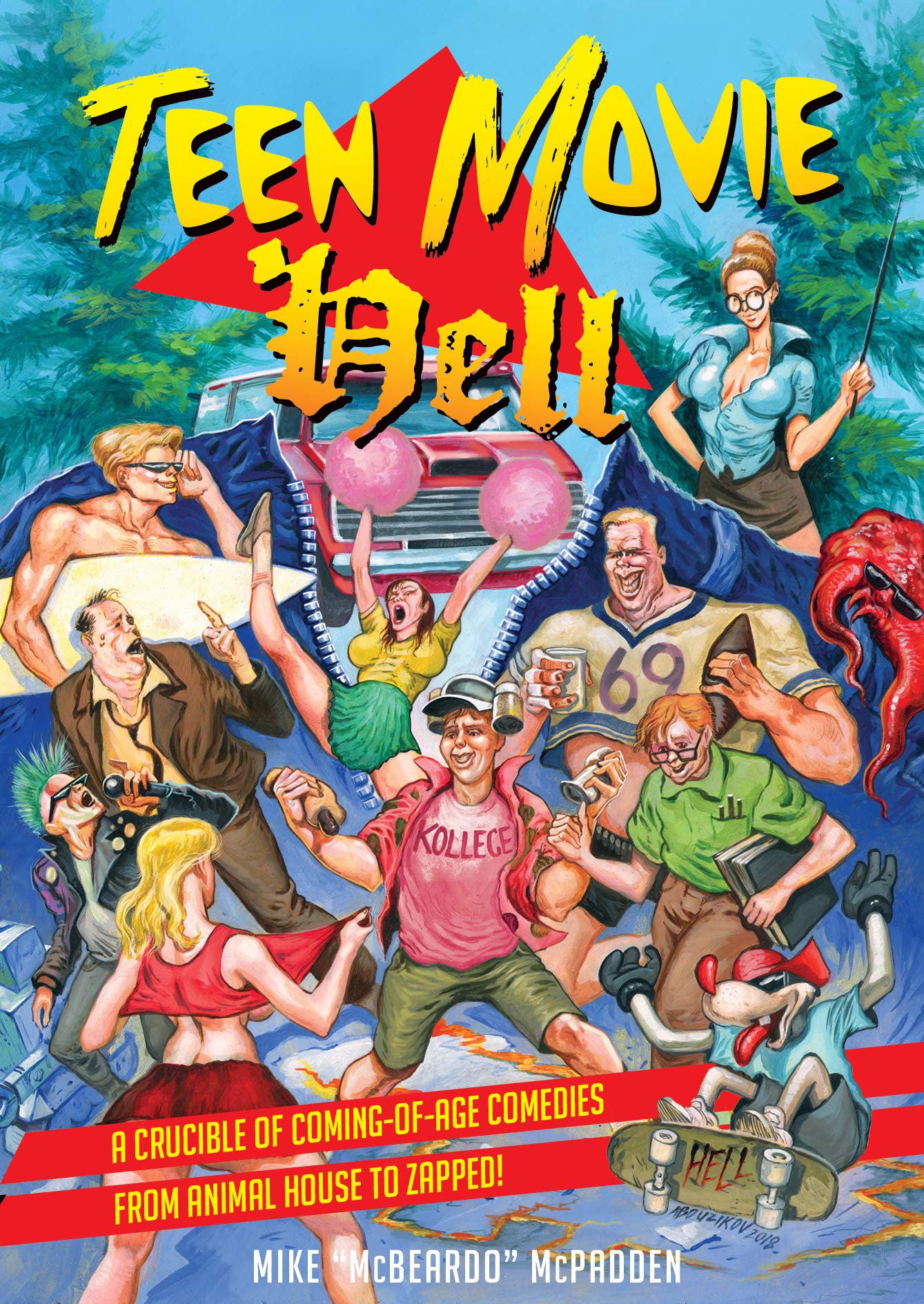 Born in the drive-in theater backseats of the 1970s, the demonic visions of Teen Movie Hell fueled the VCR, cable TV, and shopping mall multiplex booms of the 1980s before collapsing in the 1990s in a pixelated pile of cable dissipation and Internet indulgences. Between George Lucas’s American Graffiti in 1973 and Richard Linklater’s Dazed and Confused twenty years later, lust-driven laugh riots on the order of Animal House, Porky’s, Fast Times at Ridgemont High, and Revenge of the Nerds boomed at the box office and conquered pop culture by celebrating adolescent misbehavior run amok.

All-seeing author Mike “McBeardo” McPadden (Heavy Metal Movies) passes righteous judgment over the entire genre, one boobs-and-boner opus at a time. In more than 350 reviews and dozens of bonus features, Teen Movie Hell lays the crucible of coming-of-age comedies bare, from party-hearty farces such as The Pom-Pom Girls, Up the Creek, and Fraternity Vacation to the extreme insanity exploding all over King Frat, Screwballs, The Party Animal, and Surf II: The End of the Trilogy.

Fix It with Food: More Than 125 Recipes to Address Autoimmune Issues and Inflammation:...