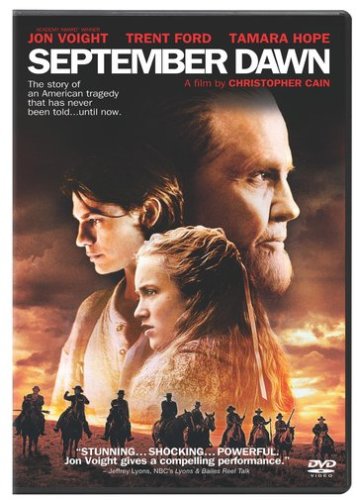 Academy Award(r) winner Jon Voight, Terence Stamp and Trent Ford star in this film based on the true story of the Mountain Meadows Massacre — the brutal murder of 120 men, women and children on September 11, 1857 as their wagon train passed through Utah on its way to California. The question of whether the attack was carried out by local Paiute Indians or by a renegade sect of the Mormon church remains unresolved to this day. Set against the breathtaking beauty of the Utah mountains, September Dawn explores what might have happened when the ill-fated settlers stopped near Cedar City to rest before completing the last leg of their journey. Local Mormon Bishop Jacob Samuelson (Voight) is suspicious of the group, so he dispatches his oldest son Jonathan (Ford) to spy on them. Jonathan soon falls in love with an angelic member of the wagon train, the minister’s daughter Emily (Tamara Hope), and is horrified when he discovers that his father thinks the settlers are enemies of the c

The Little Library Year: Recipes and Reading to Suit Each Season

The Lying Life of Adults