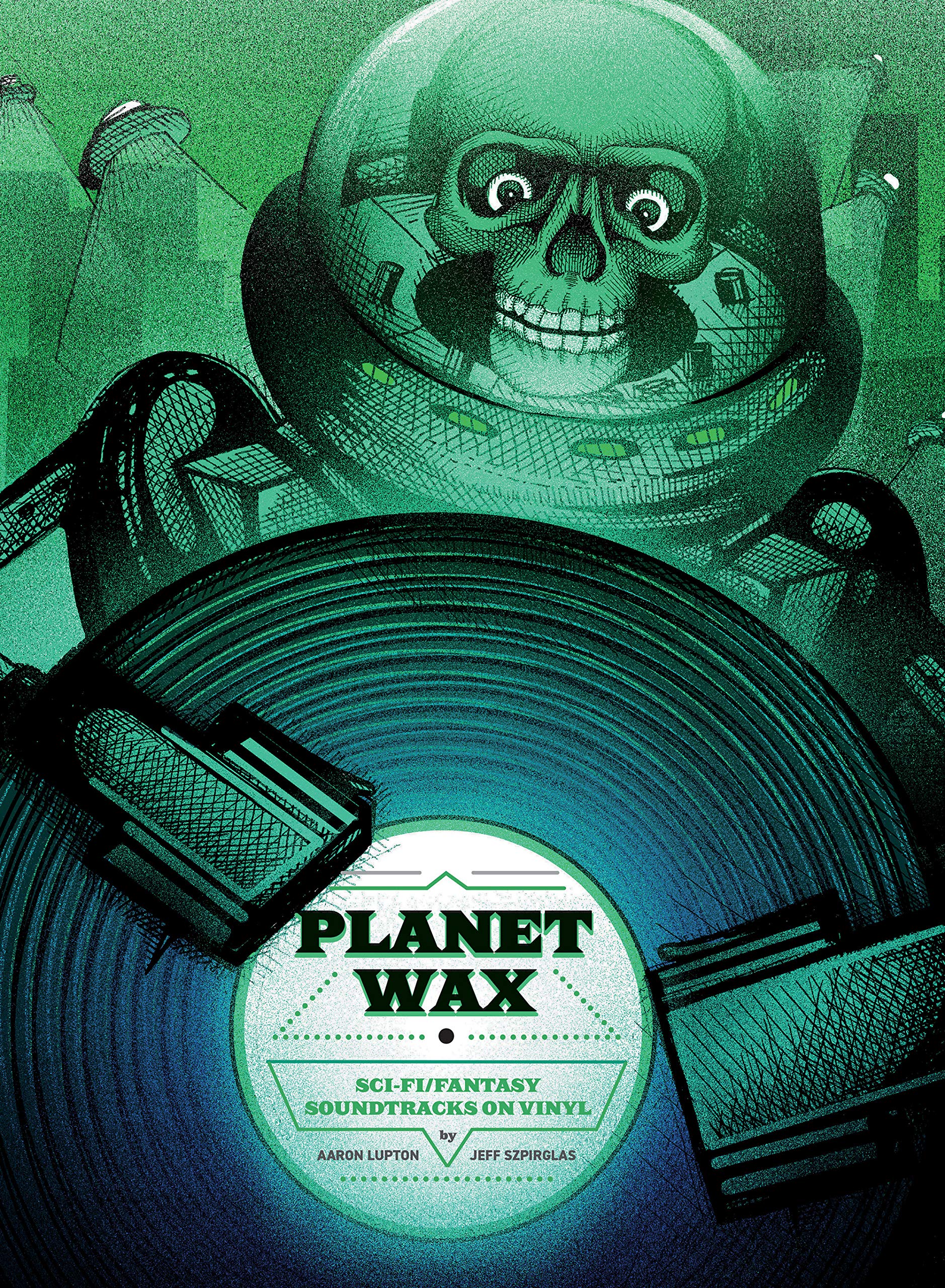 Do you crank up your stereo and conduct air symphonies to John Williams’ Star Wars? Know all of the lyrics to “The NeverEnding Story” or “Xanadu?” Have a burgeoning collection of space disco albums? Well, pluck those Ceti Alpha eels out of your ears and open this book – we’ve got you covered.

From the orchestral bombast of Jerry Goldsmith’s Star Trek: The Motion Picture score, to the muscle-flexing might of Basil Poledouris’ Conan the Barbarian, to the dreamy electronic soundscapes of Vangelis’ Blade Runner and the pop styling of the Flash Gordon soundtrack, science fiction and fantasy films have inspired some of the most beloved and memorable soundtracks in film history.

Planet Wax covers the best, as well as the most unique and underrated scores the sci-fi and fantasy genres have to offer, while showcasing their original vinyl LP artwork over 240 pages. Franchises like Mad Max, The Terminator, and even the Indiana Jones films are spotlighted, along with television classics such as Doctor Who and Star Trek, making Planet Wax the definitive discography of soundtracks from the films and shows of the ’60s, ’70s, ’80s, and ’90s that shaped multiple generations.

Featuring over twenty interviews, including composers Stu Phillips (Battlestar Galactica), Laurence Rosenthal (Clash of the Titans), and directors Richard Donner (Superman) and Nicholas Meyer (Star Trek II), Planet Wax chronicles an era in film and music when the sounds were given as much prominence as the interstellar imagery.

Aaron Lupton and Jeff Szpirglas, co-authors of Blood on Black Wax: Horror Soundtracks on Vinyl, will take you on the ultimate trip to the far reaches of both the cosmos and their record collections.

The Atlantis Gene: A Thriller (The Origin Mystery, Book 1)

MADE ON THE MOON (Adventures: E.T. Cetera Book 1)

Age of Myth: Book One of The Legends of the First Empire
0 0 vote
Article Rating
Subscribe
Login
0 Comments
Inline Feedbacks
View all comments

The Kurdish Bike: A Novel