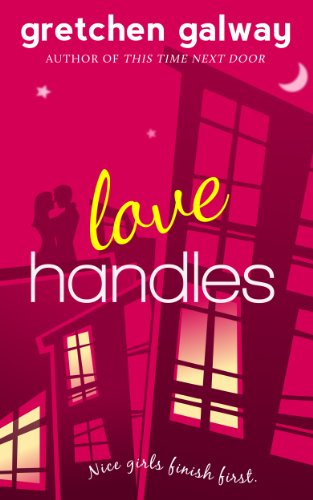 The world of fitness apparel isn’t ready for Beverly Lewis. She hates the gym, is nice to everybody, and shops at Ross Dress for Less. When she’s not teaching preschool, she’s wearing yoga pants . . . to nap in. So when she inherits her estranged grandfather’s fitnesswear company in San Francisco, nobody expects her to keep it. Fite Fitness needs a heartless suit to save it from bankruptcy, not a thirty-year-old woman who cries when her students leave for kindergarten.

Someone like Liam Johnson. A former Olympic swimmer, Liam is Fite’s executive vice president. Unlike Bev, he’s devoted his life to Fite’s success. Managing one little preschool teacher–and his attraction to her–shouldn’t be an issue. Right?

But Bev’s tired of being underpaid and underrated, and refuses to step aside as an obedient figurehead. To everyone’s shock and horror, she moves up to San Francisco, sets up an office, and dives into the business. Nothing–not mockery, not exercise, not sabotage, not a disastrously hot night with her aggravating VP–is going to scare her away.
As Liam realizes she’s tougher than she looks, he discovers that losing Fite might not be nearly as bad as losing her . . .

A story about the pursuit of love, happiness, and the perfect yoga pants, Love Handles will speak to anyone who’s ever had to face what scares her most.

Big Sexy Love: The laugh out loud romantic comedy that everyone’s raving about!

For Once in My Life: An absolutely perfect laugh out loud romantic comedy

Sorry Not Sorry: The perfect laugh out loud romantic comedy

It’s Not You, It’s Him: An absolutely hilarious and feel good romantic comedy

Praying Girls Devotional: 60 Days to Shape Your Heart and Grow Your Faith through...