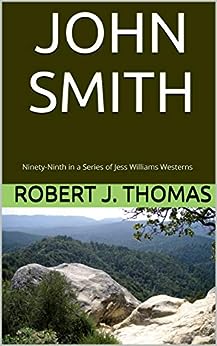 Jess leaves Twin Rivers and heads to Prudence, Texas. The man he’s hunting, Eric Sheehan, has been seen in the area. When Jess arrives, he discovers that Sheehan murdered a young girl the night before and immediately left town.

He finds the town marshal to be less than cooperative. The marshal wants to put a posse together and bring Sheehan back to Prudence to be hung in front of the parents of the young girl. He threatens to lock Jess up in his jail if he continues the hunt for Sheehan. After meeting the girl’s mother and seeing the girl’s body at the undertaker, Jess agrees to hunt Sheehan down and bring him back alive for a hanging.

After the hanging, Jess goes on the hunt for Arnie McGrath, but runs into a young man named John Smith, who is looking for McGrath and two other men who murdered his parents years earlier. Smith reminds Jess of himself when he was young. He decides to ride with Smith to go after the men responsible.

Jess finds the young John Smith to be remarkably talented at hunting and killing men. The two work together to find all three of the men who murdered Smith’s parents. Guns blaze, bullets fly and blood flows as the two hunt down killers together, forming a friendship that will last forever.

How to Read Literature Like a Professor: A Lively and Entertaining Guide to Reading Between the Lines, Revised Edition

How to Read Literature Like a Professor: For Kids

Never Wake A Witch – An Entertaining Picture Book for Kids Ages 3-5 years and above: A fun picture book for preschoolers and kids from ages 3-5 and above.