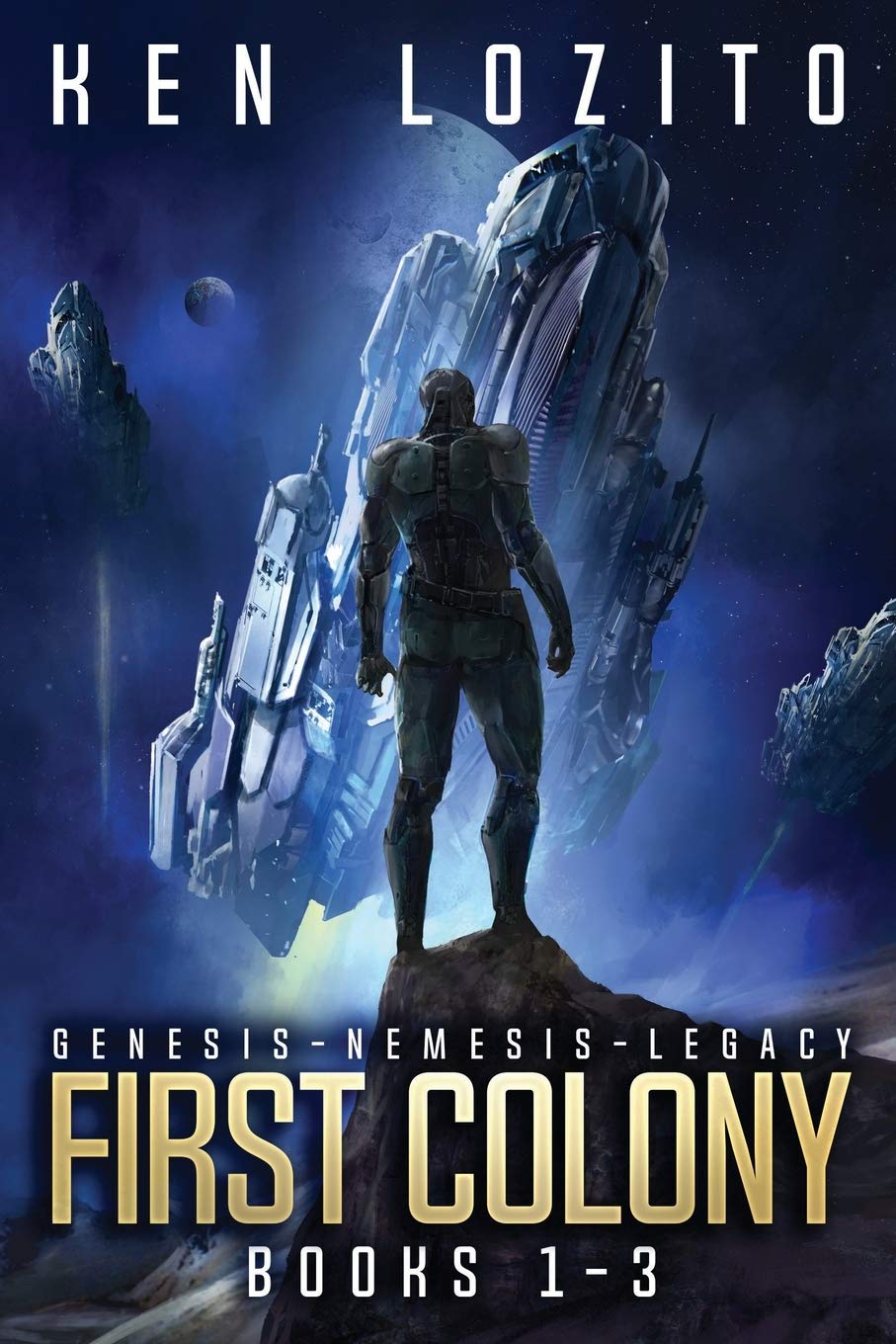 With hundreds of thousands of copies sold, First Colony has captivated science fiction fans around the world with an insatiable appetite to explore. This bundle includes the first three books of this bestselling series. If you loved Old Man’s War and Ender’s Game, you’ll love the First Colony series!

A mission gone wrong. Innocent lives have been lost.

Escaping wrongful imprisonment wasn’t something Connor had in mind, but being put into stasis aboard Earth’s first interstellar colony ship was something he couldn’t have prepared for.

For three hundred thousand colonists, the new colony brings the promise of a fresh start…a second chance. Connor might be the wrong man for the colony, but he’s the right man to see that it survives what’s coming.

A new world with new challenges, but the mission has changed.

Find out why hundreds of thousands of readers have fallen for Ken Lozito’s First Colony series!

Buy the boxset to get three books you won’t want to put down!

What readers are saying about the First Colony series:

“A book I couldn’t put down.” – Charles Pitts

An amazing series I would recommend to everyone!” – Jonathan Heslet

Scroll up and buy the series today!

The Big Book of Science Fiction

The Once and Future Witches

The Black Echo: A Novel (A Harry Bosch Novel Book 1)