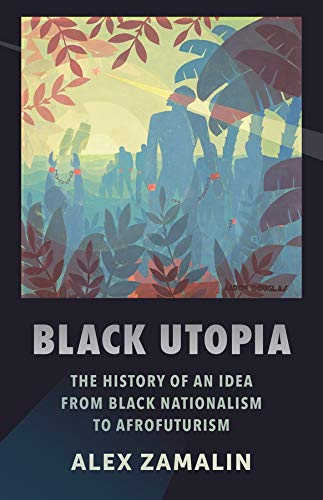 Within the history of African American struggle against racist oppression that often verges on dystopia, a hidden tradition has depicted a transfigured world. Daring to speculate on a future beyond white supremacy, black utopian artists and thinkers offer powerful visions of ways of being that are built on radical concepts of justice and freedom. They imagine a new black citizen who would inhabit a world that soars above all existing notions of the possible.

In Black Utopia, Alex Zamalin offers a groundbreaking examination of African American visions of social transformation and their counterutopian counterparts. Considering figures associated with racial separatism, postracialism, anticolonialism, Pan-Africanism, and Afrofuturism, he argues that the black utopian tradition continues to challenge American political thought and culture. Black Utopia spans black nationalist visions of an ideal Africa, the fiction of W. E. B. Du Bois, and Sun Ra’s cosmic mythology of alien abduction. Zamalin casts Samuel R. Delany and Octavia E. Butler as political theorists and reflects on the antiutopian challenges of George S. Schuyler and Richard Wright. Their thought proves that utopianism, rather than being politically immature or dangerous, can invigorate political imagination. Both an inspiring intellectual history and a critique of present power relations, this book suggests that, with democracy under siege across the globe, the black utopian tradition may be our best hope for combating injustice.

Black Utopia: The History of an Idea from Black Nationalism to Afrofuturism

The Dead Are Arising: The Life of Malcolm X