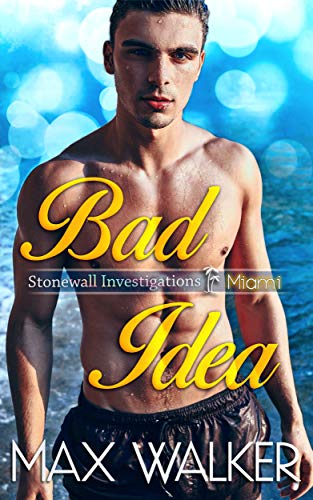 Gabriel ‘Fox’ Morrison is starting a brand new chapter in his life. He spent years drifting after his time in the military and finally felt ready to settle in one spot. This leads him to becoming the head detective of the recently opened Stonewall Investigations in Miami. His first case is one that not only hits close to home, but the result could have huge repercussions for more than just him and his client.

It’s a case so big, he decides to enlist some help.

Jonah Brightly is ending a huge chapter of his life. Him and his girlfriend have zero spark and his professional career is in shambles after an on-work incident leaves him with more than a physical scar. A new job as a private detective would be a lifeline he so badly needed.

He goes in for his interview and meets Fox, the man who changes everything for him.

Both of them are rocked by an unexplainable force, and both are left questioning everything they’ve known in its wake. As they form a bond through working together on the case, they learn there’s much more that brings them together than holds them apart. But can they keep fanning the flames of their newfound passion or will they be consumed by the growing fire?
________________________
Bad Idea is the first book in the Stonewall Investigations- Miami series. It’s a full-length, steamy gay romance novel.