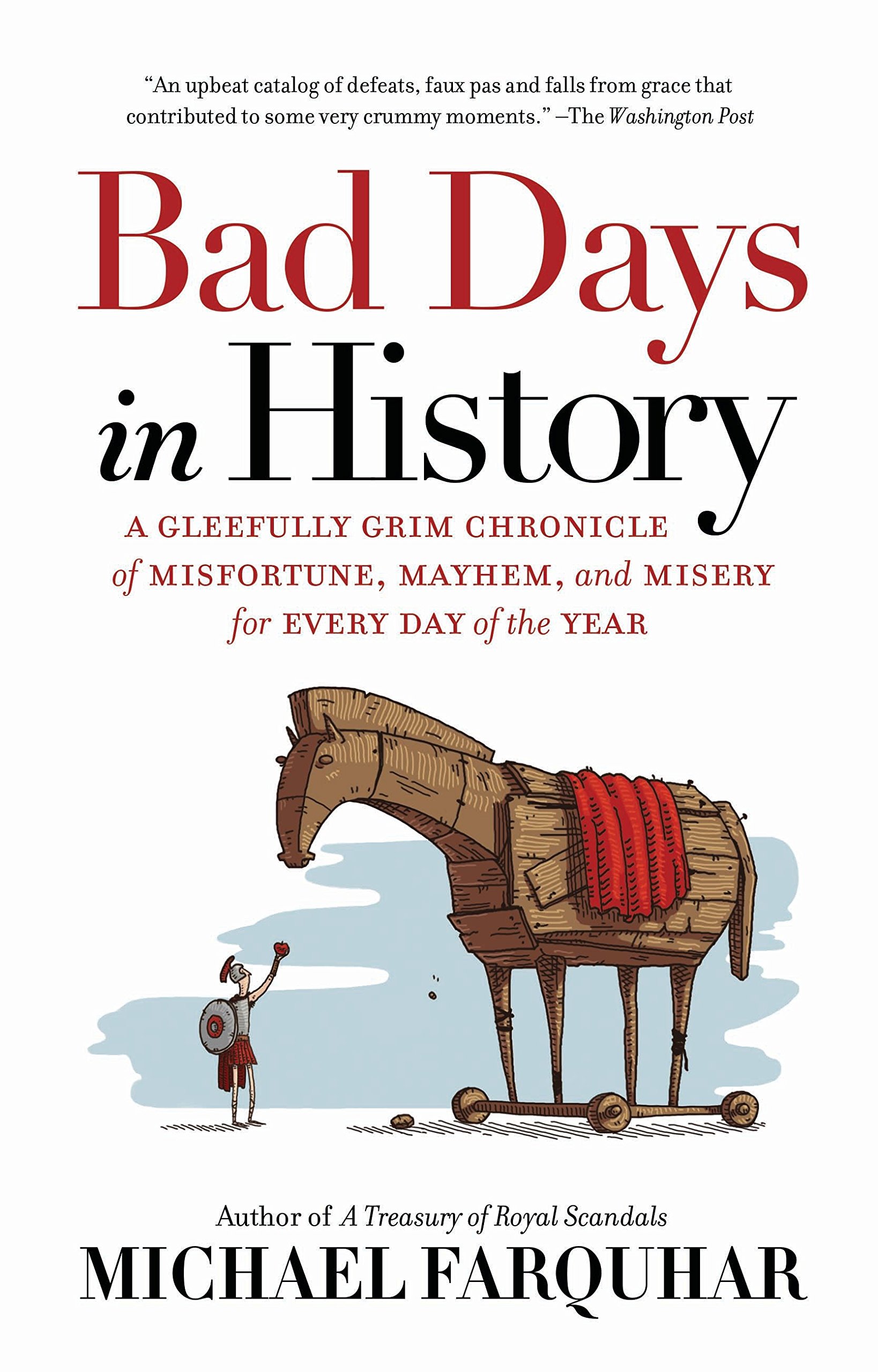 National Geographic author Michael Farquhar uncovers an instance of bad luck, epic misfortune, and unadulterated mayhem tied to every day of the year. From Caligula’s blood-soaked end to hotelier Steve Wynn’s unfortunate run-in with a priceless Picasso, these 365 tales of misery include lost fortunes (like the would-be Apple investor who pulled out in 1977 and missed out on a $30 billion-dollar windfall), romance gone wrong (like the 16th-century Shah who experimented with an early form of Viagra with empire-changing results), and truly bizarre moments (like the Great Molasses Flood of 1919).

Think you’re having a bad day? Trust us, it gets worse.

Trumpty Dumpty Wanted a Crown: Verses for a Despotic Age

Less (Winner of the Pulitzer Prize): A Novel