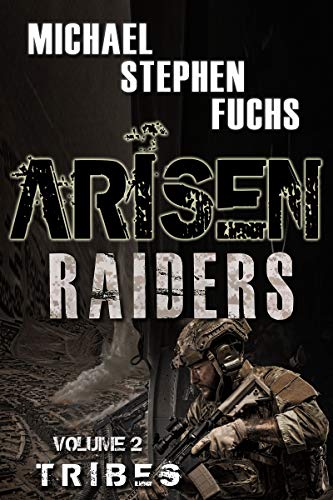 Readers call the ARISEN series: “the best post-apocalyptic military fiction there is” …”the most amazing and intense battle scenes you’ve ever experienced” … “They grab you on the first page and kick your ass through the entire series” … “The Game of Thrones of the Zombie Apocalypse” … “you never know what the hell is coming at you next” … “Blows World War Z out of the water” … “dials the volume to the point of annihilating the sound system” … “the most harrowing, sustained action sequences I think I’ve ever read” … “not only the best zombie apocalypse series in print, it’s also better than any military classic written by Clancy, Coyle, or Poyer” … “Like a Michael Bay movie on steroids” … “like trying to ride a bronco in a tornado” … “I DON’T KNOW WHAT TO SAY ANYMORE!!! I JUST DON’T – This is the best military fiction series ever written! Hands down” … “A superb ending to an absolutely mesmerizing and phenomenal series. This was an experience I’ll never forget.”

One nuclear supercarrier strike group, perhaps the last operational military unit on a fallen planet.
Two teams of spec-ops Marines, the only warriors dauntless enough to dare the missions required to keep the others alive.
And one Special Amphibious Reconnaissance Corpsman, battling to do an impossible job and find his place on a team knit tight as steel cable…

The blistering new series continues, with Doc Yaz, Gunny Blane, and the rest of the Raiders safely back on the Kennedy. But they are nearly instantly thrust back onto shore, out into the worst of the Zulu Alpha, in order to secure the critical supplies the strike group needs to survive even another week – and then the weapons and ammo the Marines need to keep fighting for the others. Hold your breath as these shore missions go from simple, to stupid, to suicidal, all with breathtaking speed and violence. Yea, verily…

Shit Happens in the Zulu Alpha

This Book Is Anti-Racist: 20 Lessons on How to Wake Up, Take Action, and Do The Work